With more than 30 new state legislators taking office in Sacramento, a $25 billion budget shortfall projected by the Governor, and the looming threat of recession, 2023 presents significant changes and challenges for those of us in the charitable sector working to support vulnerable Californians throughout the state. Get your bearings for the year to come! Join the California Policy Forum and a slate of in-the-know speakers for an overview of the changing political and economic landscape in our state. 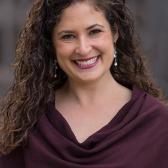 Elena Chávez Quezada of San Francisco has been appointed Senior Advisor on Social Innovation for the Office of the Governor. Chávez Quezada has been Chief Impact Officer of End Poverty in California (EPIC) since 2021. She was Vice President of Programs for the San Francisco Foundation from 2020 to 2021, where she was Senior Director for People Pathway from 2018 to 2020. She was Senior Program Officer for Economic Security at the Walter & Elise Haas Fund from 2015 to 2018, Senior Program Officer of Tipping Point Community from 2011 to 2015 and Program Director of Single Stop USA from 2008 to 2011. Chávez Quezada was Senior Associate for Financial Security Program at the Aspen Institute from 2005 to 2008, Program Assistant for Public Policy and Training at Community Development Venture Capital Alliance from 2004 to 2005 and a Legislative Correspondent for U.S. Senator Jeff Bingaman from 2001 to 2002. She is a member of the Centro Legal de la Raza Board, Tech Equity Collaborative Action Network Board, Legal Link Advisory Board and Immigrants Rising Leadership Council, as well as Head of Investments for the Chávez Family Foundation. Chávez Quezada earned a Master of Public Policy degree from Harvard University. 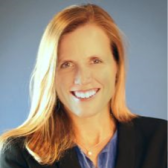 Jennifer Fearing opened Fearless Advocacy -- a Sacramento-based advocacy firm specializing in advancing the policy agendas of mission-based and cause-oriented organizations -- in November 2014, after serving for six years as the lead state advocate for a major national nonprofit advocacy organization. Jennifer has helped pursue more than one hundred positive state and local legislative and regulatory outcomes and has led - with creativity and tenacity - many high-profile successes. She maintains deep relationships and broad networks with key decisionmakers in the legislature, the executive branch and with key stakeholders. Jennifer has led efforts to recruit and activate citizen advocates, developed a new legislative caucus, prepared multiple voter scorecards, produced myriad lobby days, and helped with the formation of a new Assembly select committee on the nonprofit sector. 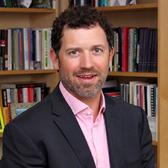 Chris Hoene has been the executive director of the California Budget & Policy Center since 2012. He has 20 years of leadership in state and local policy research and analysis, particularly on fiscal policy issues. Prior to joining the Budget Center, Chris was director of the Center for Research and Innovation at the National League of Cities in Washington, D.C. Chris also previously worked for the Center on Budget and Policy Priorities in Washington, D.C. and the Public Policy Institute of California in San Francisco.  In 2011, in recognition of his service to the state and local community, Chris was elected as a Fellow to the National Academy of Public Administration (NAPA). He is also a member of the Board of Directors of the Government Finance Research Center at the University of Illinois at Chicago. Chris is married to Darrene Hackler and, in their free time they can be found traveling, cooking, seeking out good wine, playing tennis, and hiking.