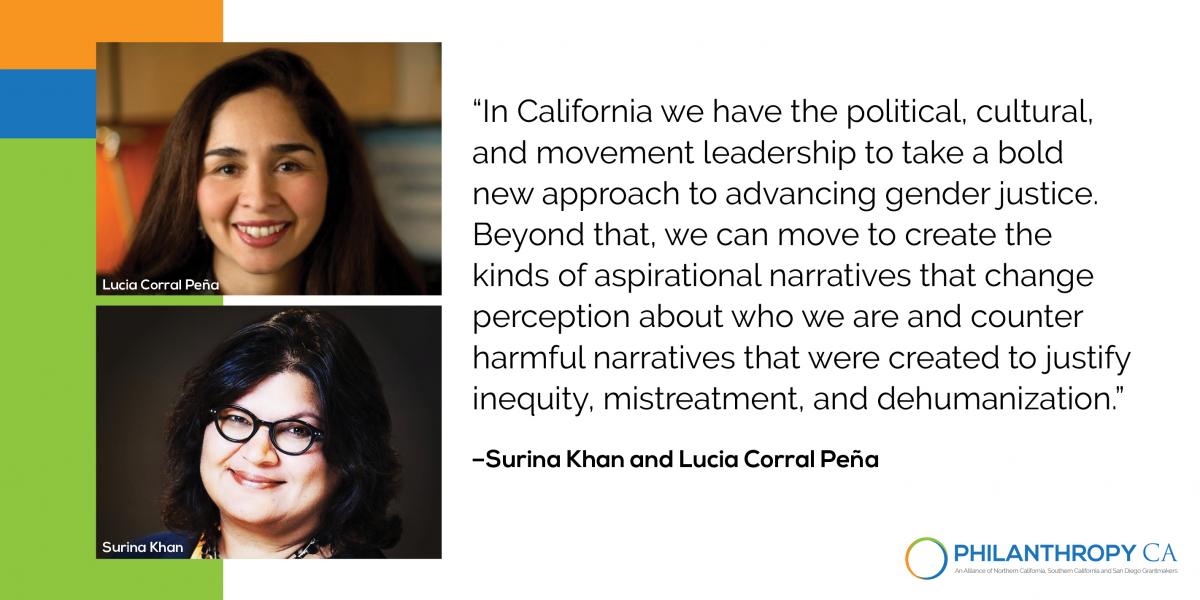 If 2018 was the year of the woman in politics, 2019 will be the year we seize on that momentum to accelerate gender justice[i] by shifting culture.

There is no question that #MeToo, #TimesUp, and Women’s Marches have echoed across social media, headlines and the red carpet.  The movement has already made change, as terms like “survivors” and “intersectionality” enter broader discussion. And yet, despite this visibility and some policy gains, gender-based violence and discrimination remain in the fabric of modern society.

The new docu-series, “Surviving  R. Kelly” is a powerful vehicle to lift up awareness about the ways this happens in our society. Much like the Harvey Weinstein incidents, it is sparking new and important dialogue well beyond the music industry, drawing insightful reflection on the higher impact and consequences for black women and other women of color.

In California we have the political, cultural, and movement leadership to take a bold new approach to advancing gender justice.  Beyond that, we can move to create the kinds of aspirational narratives that change perception about who we are and counter harmful narratives that were created to justify inequity, mistreatment, and dehumanization.

We agreed that we needed to focus on narrative change to accelerate our efforts to advance gender justice, and provide support to the powerful movement work already underway.

This past December, many of us gathered again to explore collaborative work on a culture change strategy. We were joined by the Compton Foundation, the Libra Foundation, the Packard Foundation, Levi Strauss Foundation, Tara Health Foundation, and Native Americans in Philanthropy all of whom are committed to moving forward together as a coordinated group of funders investing in a range of gender justice issues with an interest in exploring culture as a lever for change.

To seize on that momentum, in 2019 we will do two things:

Our coordinated efforts will create partnerships among socially conscious artists, advocacy groups, organizers, and funders to turn isolated campaign wins into transformative social change. Working collaboratively as funders, we plan to do together what is difficult to do on our own. As a group, we can maximize resources, impact, effectiveness, new ideas, and creativity.

We have a timely opportunity to advance gender justice. Our work in California has the potential to influence the nation. The philanthropic community has made great strides to include a race and class analysis in our research and grantmaking, and the time has come to elevate gender into our analyses. To move beyond what is, to what can be. If we are to truly achieve transformative systems change, using an intersectional approach that includes gender along with race and class in all aspects of our work will be key to transforming culture towards justice, liberation, and our nation’s fundamental value that all people are created equal.

Surina Khan is CEO of the Women’s Foundation of California

Questions on how to get involved?

[i] Making Waves: A Guide to Cultural Strategy (The Culture Group, 2014)

[ii] Gender justice is the systemic fair treatment of people of all genders as well as equitable opportunities and outcomes for all and recognizes that those directly impacted by gender-based oppression include transgender and cisgender women, genderqueer and non-binary people, and transgender men. Gender justice is intersectional and includes economic justice, criminal justice, community health, racial justice, education justice, environmental justice, reproductive justice and immigrant rights.