This past year, California encountered its most challenging period in recent history. The pandemic exposed systemic barriers that have long been neglected across health, housing, and the workforce while also illustrating the impact that structural inequities and racism have had on Black, Indigenous, and Latinx older adults who died of COVID-19 at much higher rates.

Meanwhile, California faces a profound demographic shift, with the older adult population expected to increase by at least 40 percent by 2030. This demographic shift will touch families and communities alike, with a ripple effect on health, housing, the workforce, and the economy. In response, Governor Newsom released the first Master Plan for Aging (Master Plan), providing a roadmap for system-wide change to prepare California for this momentous demographic imperative.

The importance of philanthropy in developing public-private partnerships to address today’s looming cross-sector challenges has never been greater. This webinar, hosted by the Governor’s Office, the California Department of Aging, and Philanthropy California, will focus on today’s pressing policy issues—all with an aging lens. Hear from philanthropic leaders whose efforts to address society’s most complex issues bring myriad opportunities to impact the state’s aging trajectory. Aging is a natural process and, with time, each of us will need the utmost care and support to navigate the journey. Learn what your organization can do to work across sectors to offer everyone –young and old alike –the opportunity to age with dignity and independence. 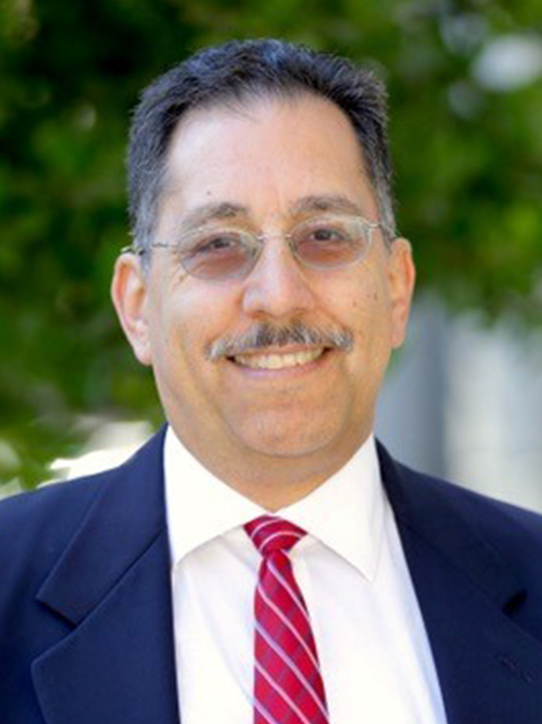 Richard Figueroa is a Deputy Cabinet Secretary in the Office of Governor Gavin Newsom where he works on health, human services, and veterans affairs issues. Richard was previously Director of Prevention for The California Endowment. He has served in several previous administrations, including Deputy Cabinet Secretary for Governor Arnold Schwarzenegger and Deputy Legislative Secretary for Governor Gray Davis. Richard was also Legislative Director for Insurance Commissioner John Garamendi and served as a Legislative Consultant for the California State Senate Insurance and Budget and Fiscal Review Committees. 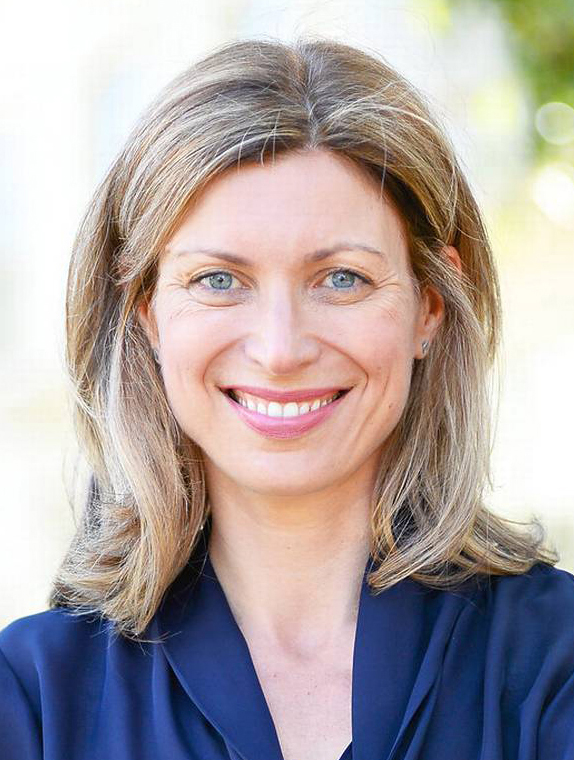 Kathleen Kelly Janus is the Senior Advisor on Social Innovation for Governor Gavin Newsom. A social entrepreneur, author, and lecturer at Stanford University’s Program on Social Entrepreneurship, Kathleen is also an expert on philanthropy, millennial engagement, and scaling early-stage organizations. Her work has been featured in the Wall Street Journal, Harvard Business Review, Fast Company, Huffington Post, Stanford Social Innovation Review, Tech Crunch, and the San Francisco Chronicle. Her book –Social Startup Success: How the Best Nonprofits Launch, Scale Up and Make a Difference–is a playbook for nonprofit organizations based on a five-year research project interviewing hundreds of top-performing social innovators. A native of Napa, California, Kathleen received a J.D. and a B.A. from U.C. Berkeley and lives in San Francisco with her husband and three young children. 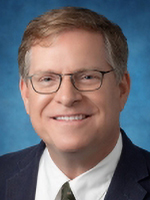 Christopher A. Langston, PhD, is an executive, health services researcher, and national leader in philanthropy with 20 years of experience in transforming health care to improve outcomes and value in the care of older Americans. In 2019, he was named President and CEO of Archstone Foundation by its board of directors, its second executive leader.

Previously, (2016-2018) he served at the Aging in New York Fund as its Vice President of HealthCare Services, working to advance the integration of healthcare and social services in partnership with New York City's Department for the Aging. From 2007 to 2015 he  served as the Program Director of the John A. Hartford Foundation, where he was responsible for the Foundation’s grantmaking in support of its mission to improve the health of older Americans. He served five years on the board of directors of Grantmakers in Aging, the nation’s largest affinity association of funders in the broad field of aging, including three years as board chair.

While at Hartford he developed an outstanding team of diverse program staff. With his colleagues, signature achievements include: winning a $3 million grant from the Corporation for National and Community Service to disseminate an evidence-based collaborative-care model of depression treatment to federally qualified health centers; conducting and publicizing three national public opinion polls of older adults views of health reform; and developing The Change AGEnts, a national network of scholars and experts mobilized to make large-scale change in health care delivery. With the Hartford board and staff, he led the foundation’s strategic planning process, shifting its focus from academic capacity building in geriatrics and gerontology to a “downstream” strategy of making wide-spread practice change to improve the health of older adults. 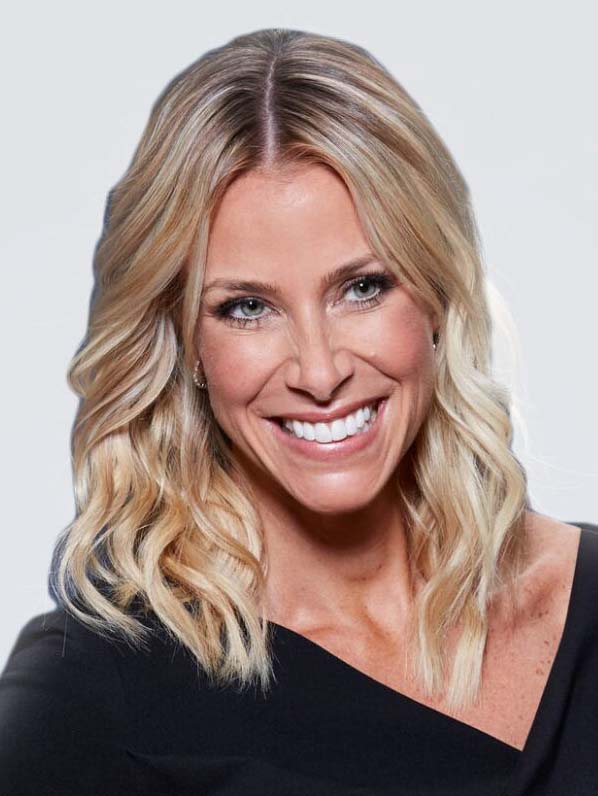 Lyford played a critical role in establishing the Gary and Mary West Foundation in 2006. Under her leadership, the Gary and Mary West Foundation has awarded 615 grants totaling more than $231 million to date for applied medical research, policy initiatives and community support and social services for seniors and their caregivers. Lyford also leads the Gary and Mary West Health Institute as it conducts research on a wide range of healthcare issues affecting seniors and their families. The data generated is used to provide the evidence needed for healthcare providers, policymakers and communities to make more informed decisions about high-quality, affordable healthcare delivery models and support services to enable successful aging in America.

Lyford holds a master’s degree in international relations and political economy from the University of San Diego. She grew up on a dairy farm in Vermont and currently resides in Encinitas, CA. An avid traveler and sports enthusiast, she enjoys running, golfing, riding horses and playing basketball. 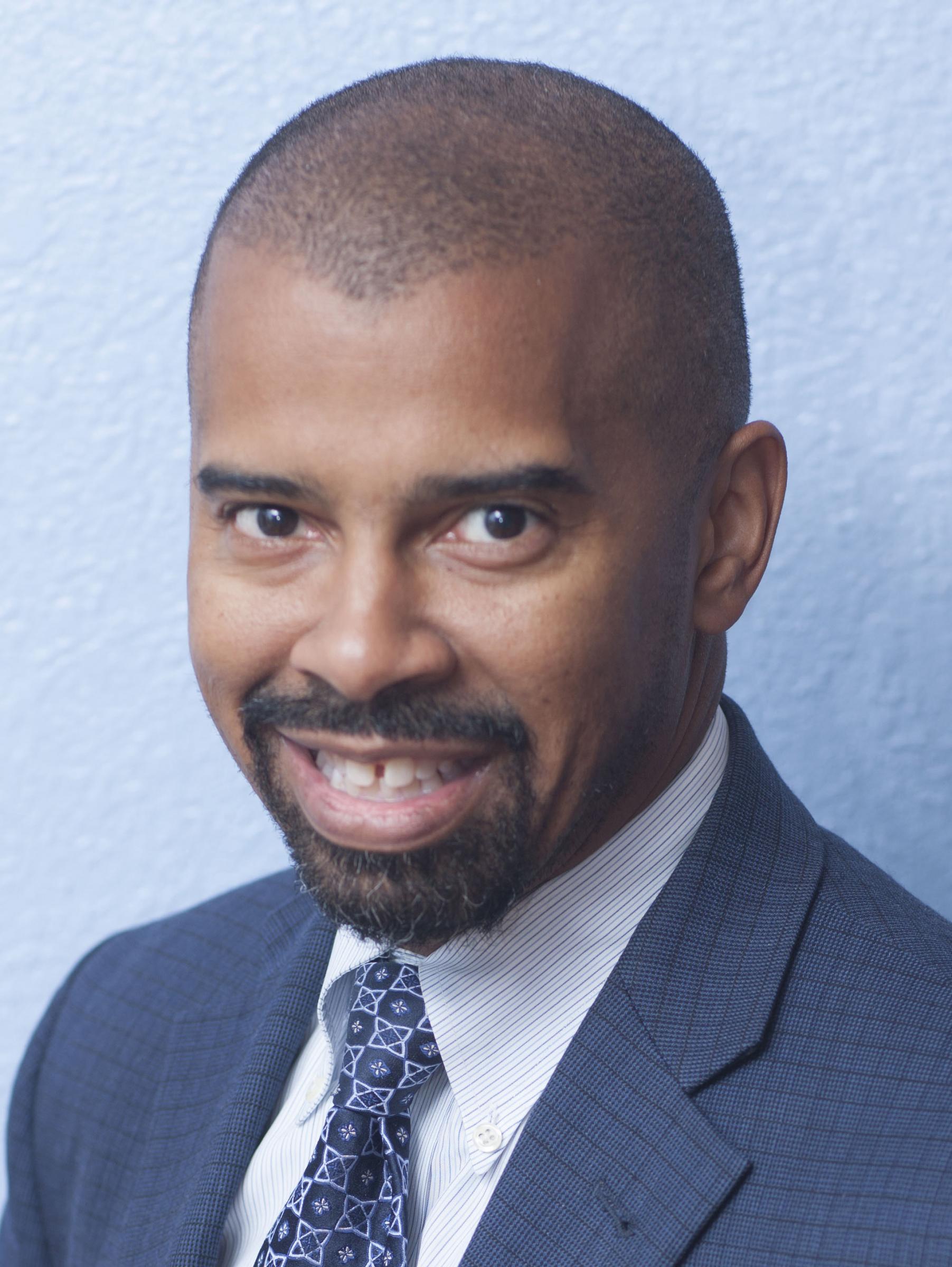 Dwayne S. Marsh assumed the position of President and CEO of Northern California Grantmakers on September 9, 2020. He brings 27 years of experience in the public, nonprofit, and philanthropic sectors with a career commitment to advancing racial and economic equity. Dwayne recently completed a four-year turn as co-Director of the Government Alliance on Race and Equity (GARE) and Vice President of Institutional and Sectoral Change at Race ForwardRace Forward. During his tenure, the membership network of local, regional, and state entities committed to advancing racial equity through the policies, practices, and public investments grew from just over 20 to nearly 200 participating jurisdictions.

Prior to GARE, Marsh spent six years as a senior advisor in the Office of Economic Resilience (OER) at theU.S. Department of Housing and Urban Development. There, he helped advance sustainable planning and development through interagency partnerships, departmental transformation, and funding initiatives managed through OER. He was OER’s principal coordinator for a $250 million grant program and led the development of capacity-building resources that reinforced the work of pioneering grantees in 48 states and the District of Columbia. Under his leadership, OER prioritized equity as a foundational principal for its planning and investment initiatives.

Marsh brings to the movement his expertise and considerable experience in coalition building for regional equity and leadership development for policy change. He provides technical assistance and capacity-building knowledge to equitable development initiatives that address continuing disparities in affordable housing, transportation investment, and environmental justice. Before HUD, Marsh spent a decade at PolicyLink, the national organization committed to economic and social equity. Before PolicyLink, he directed the FAITHS Initiative for eight years at The San Francisco Foundation, building a nationally renowned community development and capacity-building program that continues to this day. His career has been defined by supporting communities traditionally marginalized from full participation in our economy and society to build power and leverage lasting systems transformation. 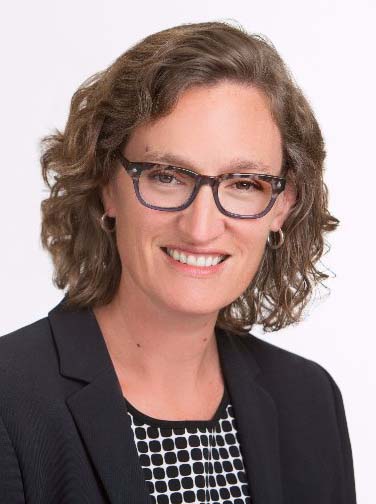 Kim McCoy Wade is the Director of the California Department of Aging.  She most recently served at the California Department of Social Services as the CalFresh & Nutrition Branch Chief, where she led the expansion of CalFresh food benefits to older adults and people with disabilities, as well as several data and technology initiatives, including the GetCalFresh mobile application.  She previously served as a consultant to multiple health and human services non-profits and as Executive Director of the California Association of Food Banks.  Earlier in her career, she worked in Washington, DC for the Children’s Defense Fund, Bread for the World, and Alliance for Justice.  She is an alumna of NYU School of Law, Carleton College, and the Jesuit Volunteer Corps. 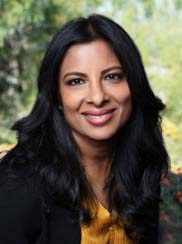 Sarita A. Mohanty, President and Chief Executive Officer of The SCAN Foundation

Sarita A. Mohanty, MD, MPH, MBA, serves as the President and Chief Executive Officer of The SCAN Foundation. The SCAN Foundation is one of the largest foundations in the United States focused on improving the quality of health and life for older adults. Its mission is to advance a coordinated and easily navigated system of high-quality services for older adults that preserve dignity and independence. Previously, Sarita served as the Vice President of Care Coordination for Medicaid and Vulnerable Populations at Kaiser Permanente. Sarita was previously Assistant Professor of Medicine at USC; Chief Medical Officer of COPE Health Solutions, a health care management consulting company; and Senior Medical Director at L.A. Care, the largest U.S. public health plan.

Sarita completed her Internal Medicine residency at Beth Israel Deaconess Medical Center and research fellowship at Harvard Medical School. She earned her MD from Boston University, MPH from Harvard University, and MBA from UCLA. She completed undergraduate work at UC Berkeley. She currently is an Associate Professor at the Kaiser Permanente Bernard J. Tyson School of Medicine and is a practicing internal medicine physician with Kaiser Permanente. Sarita enjoys international travel, tennis, and spending time with her husband and three children. 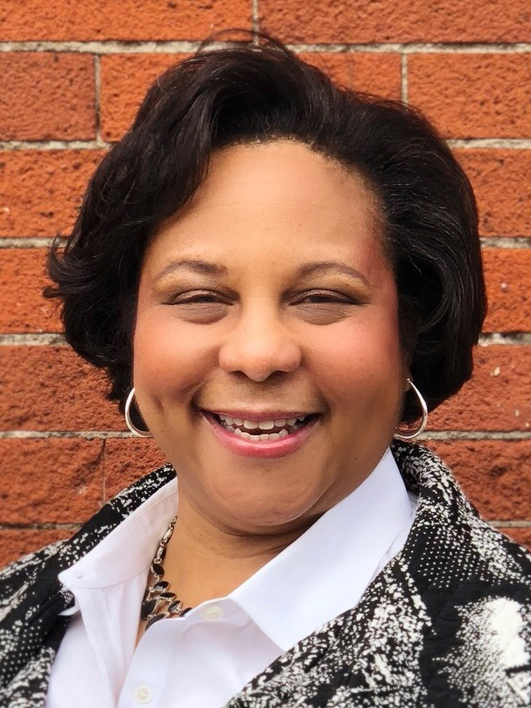 Janet Y. Spears is Chief Executive Officer of Metta Fund, a private foundation dedicated to advancing the health and wellness of San Francisco’s aging population. Established in 1998, the foundation has a current endowment of more than $70 million and grants out approximately $2.4 million per year. Under Janet’s leadership, Metta Fund has pursued an audacious vision of an inclusive, connected, multi-generational, healthy, and thriving San Francisco. She has established new organizational priorities and spearheaded innovative opportunities for collaboration in service of the health and wellness of the community,  Before joining Metta Fund, Janet was Chief Operating Officer at the East Bay Community Foundation (EBCF), a community foundation located in Oakland, California with approximately $400 million in assets. During her tenure, she oversaw development, grantmaking, communications, and donor services, and guided EBCF to a programmatically strong and financially healthy position. Prior to EBCF, Janet enjoyed a 23-year career at AT&T, where she led complex sales solutions as Sales Vice President.

In her spare time, Janet serves as Regent of the Board at the University of the Pacific (UOP), her alma mater. There, she is Chair of the Academics and Student Affairs Committee and previously served as Board Secretary. She was also formerly on the Board of UOP's Pacific School Alumni Association. Janet holds a Bachelor of Science in Electrical Engineering from the University of the Pacific, where she was named a distinguished alumna in 2012. She also holds a Master of Science in Electrical Engineering from Purdue University and an Advanced Management Certificate from the University of North Carolina at Chapel Hill. Janet is a California native and longtime San Francisco resident.

This program is open to Philanthropy CA members. 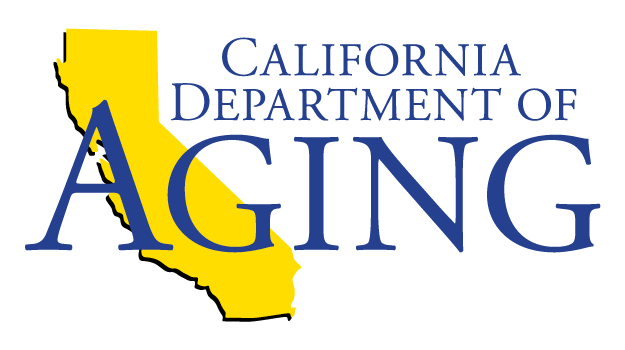